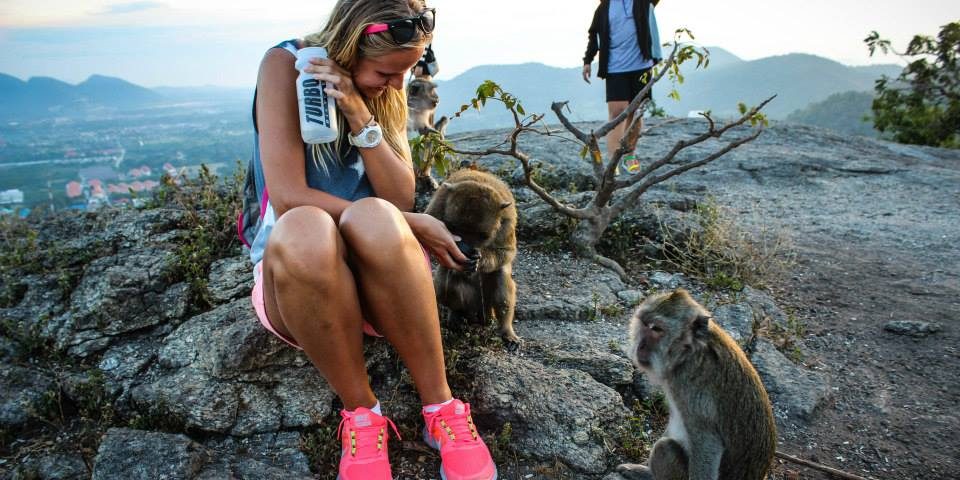 They say Thailand is „the land of smiles”,

and there is truth to it. Smiles and greetings were following us wherever we went. Even though most thai people had a hard time communicating in foreign languages, they were happily gesticulated and patiently tried to explain us everything.

Religion playes a big role in their lives. 90% of the country is buddhist, which explains the countless Buddha statues and sanctuaries everywhere. These are not only tourist attractions, thai people visit them day by day regardless of age or sex. The most surprising thing for us was seeing so many young people bringing flowers, candles, even soft drinks and sweets to the altar and praying. In Hungary, and I’d say in whole Europe religion tends to fade away from the new generation’s life. We found Buddhism a very sympathetic religion though, and we can understand why is it so attractive to many. There is something liberating in the idea that you can achieve happiness without posessions or success, that your joy depends on you, not on outer conditions. They also believe in Karma, which encourages them to do good and help others. The end of their existence on Earth doesen’t mean the end of their lives. In fact they look at their every day life as a road that leads to Nirvana, so they work on being their best selves and developing their mind through meditation.

We stayed in Hua Hin, a relatively big and modern town South to the capital, Bangkok. Hua Hin is kind of a resort area, even thai families go there for holiday and the wealthier ones own nice vacation houses there. Public transport is not very well developed, most people use motorbikes and cars. Just like in Vietnam, we were almost the only ones choosing the slower, but more environment friendly alternative, the bycicle. It’s left-hand traffic in Thailand, but what was even more challenging to get used to is the fact that pedestrian crossings have no meaning. Sometimes we waited 5-10 minutes before crossing a road.

So transportion in Thailand was not something we are missing, unlike thai food… and we arrived to my favourite topic. Finally we were able to try autentic pad thai, noodle soup and fried rice, and none of them disappointed. Thanks to some of the kite instructors, who were already familiar with the area by the time we arrived, we always had dinner at the best place in town. It was basically a large square with stone tables and benches in the middle and different food trucks, booths around them.

We tried something else each night and only when we knew the selection by heart, we went to other places too. At the market we tried some fruits, we never met before, but even the ones we were familiar with, tasted better than normally. The pineapples were the sweetest, the papayas were the softest and we ate mango with everything. One of their best desserts (sweets are not the thai’s strong suit I think, except maybe 2 or 3 dish) is mango sticky rice, which is exactly what the name suggests: rice cooked in milk until it’s really sticky and slices of mango on top. Yummy! Just like the coconut ice cream with rice, peanuts and condenced milk, our favourite snack after the kite sessions. Just for the experience and for a shocking photo we also tried fried bugs on the market one night. Well, I’m not saying I could eat it like pop corn, but surprisingly they were not that disgusting at all.

Our Video of Thailand:

Regarding the main purpose of our trip to Thailand, we were quite lucky, we had wind 70% of the time. We spent 3 months in Hua Hin (only visited Bangkok for 1 day, but the smell and the traffic chased us back to our quieter town) from the beginning of December to March. This is the windiest season in this area, still the average wind speed was between 10 to 16 knots. There were many extra light wind days and some with strong, gusty wind. The kitesurfing zone in Hua Hin stretches between Mariott Hotel and Khao Takiap mountain. The beach is wide (except in high tide) and sandy, there are several kite schools, but Kiteboarding Asia has the biggest share with 3 centers. The conditions are ideal for beginners, especially from February, when the wind comes from the South, so it’s warmer and the water is more shallow. The wind comes later in this period than in the beginning of the season, sometimes only in the afternoons. We recommend to take fairly big kites (12-17m2) or foil, if you are planning a kite trip to Hua Hin. On those rare days, when the wind is stronger, you can always rent gear. Lessons and rentals are a bit cheaper than in Europe and beach boys help you with everything. The main season is between December and May, after that most of the schools close or relocate to Phuket island for the summer.

When there’s no wind in the morning, sometimes the waves close to the shore are quite nice and long, so you can start your day with paddle surfing. There’s also a cool wakepark not so far from the spot, so your holiday can be active, even if you are not lucky with the wind.

Since high percentage of the country’s income is tourism, Thailand is trying to do its best to impress us. They even created small versions of popular tourist destinations, such as Venice. Walking on the streets of Little Venice is like being in a theater or in Hollywood itself. There’s even an artifical river where you can sit in a gondola and paddle under the bridges. For the same experience they built the Santorini Park in Cha-Am and the Swiss Sheep Farm. One day we also visited Pranburi, a cute little fishing village to the South of Hua Hin. In case you wander around here, you shouldn’t miss the

Mangrove Forest Park with its beautiful trees and quiet paths above the water. Ultimately on our must see list in Hua Hin: Khao Hin Lek Fai, a hill that was next door to our apartment, so we could hike uo several times. From the hilltop you have the perfect view of the town and the Gulf of Thailand. There’s a bird conservatory and lots of monkeys are running around, waiting for the people the feed them and to play together. We were lucky because there were never many tourists with us, so we got a lot of attention from them. They let us pet them, we gave them water and some snack, and they were happy to pose for the camera (in fact they liked our GoPro so much, they almost stole it). A word of advise though: be careful, because they are wild animals, they can be aggressive, especially after eating food that contains a lot of sugar. Unfortunately tourists feed them with anything they have on them at the moment, and it was not controlled by any authorities at the time we were there.

As closure, let me just complete the phrase about Thailand being the land of smiles. We found that it’s also a land of beautiful nature, compassionate people, great kitchen, cute monkeys and so many strange but lovely habits and creations.

Sicily is one of the best spots in Europe to start kitesurfing.
Thanks to the flat shallow water it is easy to progress super fast.
We use Radio helmets and new equipment to provide the best kitesurfing experience 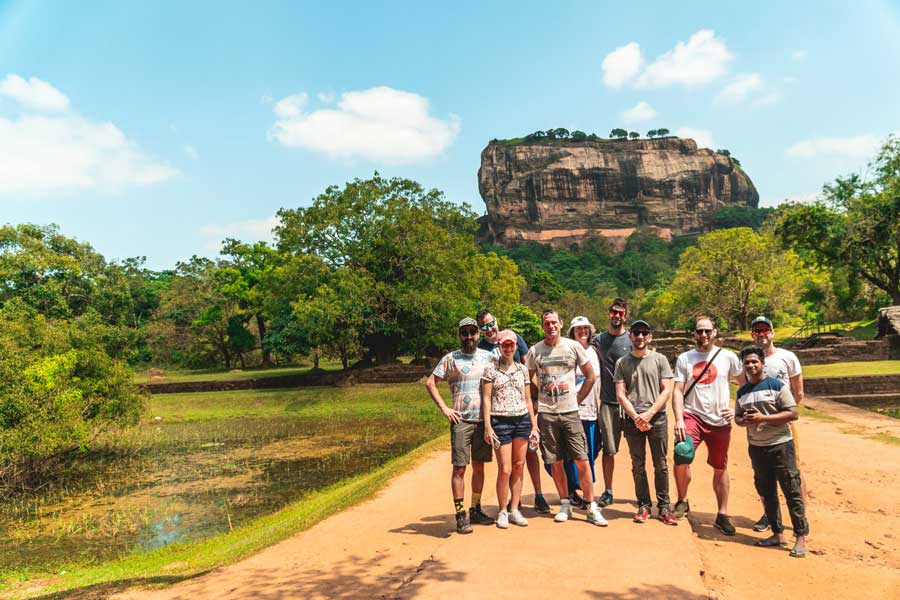 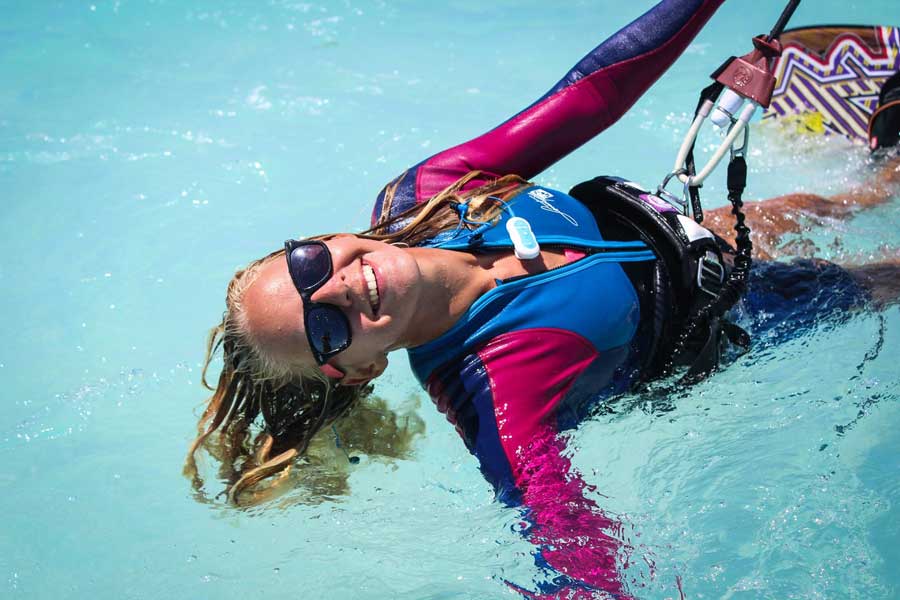 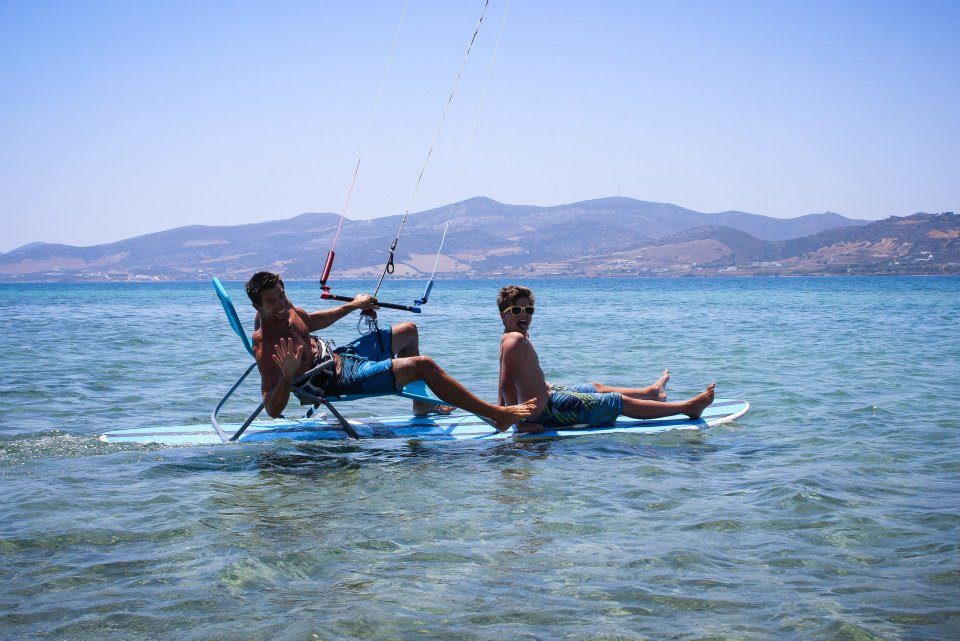